These rankings are for a 15-team 5×5 roto redraft league in 2022. I put it together with large tournaments like NFBC and TGFBI in mind. I anticipate that this will evolve over the offseason, as we get receive updates on injuries, team signings, role changes, rule changes, and as I have the chance to dig deeper into the numbers.

Some people might ask, “So why put these out now? We haven’t even finished the 2021 season.” And that’s a fair point. There are two reasons. First of all, I’ll start drafting some 2022 teams in the coming weeks. I need to develop my own rankings, however preliminary they may be.

Secondly (and more importantly), one of my goals this offseason – influenced by Phil Dussault’s amazing success this season – is that I am committed to being less influenced by the groupthink that we are all susceptible to in the fantasy community. I want to live and die more by my own thinking. So I am getting some of my own personal analysis out in front of the mainstream rankings and projections.

1. Trea Turner, SS, LAD – High average, stolen bases, more power than you think, 2B/SS eligibility, and boatloads of runs next year on what will likely be one of the best offenses in baseball. Plus, his slides belong in The Louvre.

2. José Ramírez, 3B, CLE – Consistent power and speed is hard to find. Speed is an especially rare commodity from a 3B these days. Ramírez’s 25 bags are more than twice as many as the next third baseman (Machado has 12). You can’t count on his batting average being an asset, but it won’t likely hurt you either. Love that 13.8% K / 11.8% BB ratio.

3. Fernando Tatis, Jr., SS/OF, SD – El Niño is the most electrifying player in baseball, and a five-category fantasy contributor. The shoulder is a concern, and that’s why he’s third here. If there are off-season issues or surgery, obviously this rank will drop. But he missed more than 30 games this season, and still went 40/20. The SS/OF dual eligibility is a nice bonus.

4. Ronald Acuña, Jr., OF, ATL – His rank here is about as high as I can imagine drafting him in 2022. This is where I’m sticking him for now, but if we get news he’s not healthy, or that his season will be delayed, he’ll drop in the rankings.

5. Bo Bichette, SS, TOR – The five-category contributor trend continues. I’d like to see a slightly higher walk rate, but it’s hard to argue with the results. If you’re worried about him not playing in Buffalo, don’t be. He is a remarkably consistent performer. Both his home/road and 1st/2nd half splits are similar. He is also an incredibly efficient base stealer, swiping 23 in 24 attempts.

6. Juan Soto, OF, WAS – I think he’s the best hitter in baseball (and so does Eric Cross). As of this writing, he has a Bondsian .324/.472/.557 slash line. His 21.9 BB% to 13.8 K% is borderline unbelievable. Let’s hope the Nationals make some moves this offseason to improve the offense around him. But even if they don’t, this is the lowest I’d draft him. In my last version of this list I had him behind Vladito, but in a recent podcast conversation I had with KC Bubba, he pointed out that Soto is consistently kicking in some steals. NOTE: he is the #1 pick in OBP leagues.

7. Vladimir Guerrero, Jr., 1B, TOR – How can the Triple Crown contender only be the 7th best pick in fantasy baseball? The answer is SREAM (Steals Rule Everything Around Me). Vladito swiped a few in 2021, but I’m not counting on that moving forward with below-average speed. His monster numbers will also likely regress a bit. But he will more than fill four categories for you, and provide a lofty batting average foundation. He is one of the reasons I’ll be targeting the middle of the 1st round for a draft slot with my KDS.

8. Mookie Betts, OF, LAD – A down year for sure, but nothing terrible. He still contributes across the board in an elite lineup, and he’s only 28 years old. The only flag for me is that his sprint speed was barely above average. I’m betting on a rebound.

9. Bryce Harper, OF, PHI – It seems like he’s always underrated in the fantasy community. Consistent excellence. Five categories. Turns 29 this offseason. Stop hating, and embrace Bryce for what he is: one of the best players of his generation.

10. Shohei Ohtani, U/P, LAA – A historic season by any measure. One for the ages. Books will be written about what he is doing. Baseball historians will swoon and wax poetic. And with good reason. But his injury history is undeniable, and this feels like the offensive ceiling. If he quit pitching – which I hope he never does – I’d be more confident in his health and would likely rank him higher.

11. Starling Marte, OF, FA – I admit it. This is a weird one. A first round pick on a player who will be 33 years old and derives his value primarily from speed? Why is he a 1st rounder? Because 45 bags (with only 5 CS) are fantasy gold. And he will kick in batting average and runs. Repeat after me: “I can always find my power later.”

12. Kyle Tucker, OF, HOU – Tucker was an elite five-tool prospect for years. His opportunity and skills came together in 2021, and he is a now a legitimate five-tool fantasy contributor. His BB% has increased and K% has decreased each year he’s been in the bigs. He’s a star. The public just hasn’t noticed yet.

13. Manny Machado, 3B, SD – A slightly worse fantasy version of Bryce Harper. A solid contributor across the board who is still in his prime. Always under-appreciated. One of the keys to winning fantasy championships is through accumulation. Machado played all 60 games in 2020, and has played in at least 150 games in every other season since 2015, including 162 twice. An early look at the 3B position in 2022 does not inspire. Would love to get a difference-maker like Manny early.

14. Ozzie Albies, 2B, ATL – Knocking on the door of 30/100/100/20, and the batting average projects to be an asset as well. Still improving as a hitter who will bat in a prime spot in a loaded lineup. Yummy. Bonus points for being one of the most fun guys to watch in the game.

15. Cedric Mullins, OF, BAL – BELIEVE. By now, you surely know the story. He quit switch-hitting to focus on batting only from the left side, worked his tail off, and turned in a career year. He’s the only 30/30 player in baseball. And as of this writing, he’s hitting .300. Will he repeat? I doubt it. But give me .265/20/80/80/20 as a floor. With his defense, he will play nearly every day. He’s in a hitters park where the ball carries in those hot Bawlmer summer months, and the Orioles lineup is underrated and improving.

16. Whit Merrifield, 2B, KC – 40 SB > 33 years old. Like Marte, he rarely gets caught. He’ll hit near the top of the lineup, score runs, have a nice batting average, and he plays for a team that relies on speed to generate offense. The other overlooked fantasy asset Whit brings to the table is that he kicks in more RBI (averaging more than 70 in the last four full MLB seasons) than many of his fellow speedsters.

18. Freddie Freeman, 1B, ATL – When you draft him, you write the projections down in pen, not pencil. Freeman is a four category monster who chips in with steals. No sign of aging yet.

19. Mike Trout, OF, LAA – When I put an earlier version of this list out on Twitter, the most disagreement I got was that Trout MUST be a 1st rounder. By skills, he might be a top 5 fantasy pick. But the risks with Trout at this point are undeniable. And he had already shown signs of slowing down on the base paths before this season. Do you think he’s going to start stealing more as he enters his 30s after the longest IL stint of his life?

20. Aaron Judge, OF, NYY – Similar to Trout, Judge is just a really tough guy to rank, with a combination of immense talent and very real injury history. Judge is also a lot older than most people think, as he will be a 30 year-old for most of the 2022 season. But when things go right, he can carry your fantasy offense.

21. Teoscar Hernández, OF, TOR – A lot of people questioned Teoscar’s two-month breakout season in 2020, and they were right to. Because this year he was even better. Loaded lineup, in his prime, and don’t worry about ballpark. He was better in the 2nd half than the 1st.

23. Gerrit Cole, SP, NYY – He’s my top pitcher because I think he has the highest floor of the top arms. He’s a workhorse who will stack up innings, Ks, and wins. No major injury or age concerns. I don’t view his skills as significantly better than a large group of arms at the top. Could just as easily be be SP1 or SP10 in 2022.

24. Walker Buehler, SP, LAD – He’s now an established elite arm that it feels like you can count on to anchor your fantasy rotation. As with all National League pitchers, I’m assuming higher ERA and WHIP next season with the likely adoption of the National League DH.

25. Trevor Story, SS, FA – A disappointing year to be sure, but he still put up solid numbers across the board, except in the batting average category. And that was significantly influenced by a BABIP that was 50 points lower than his career average. As a free agent, it will be interesting to see where he lands. Wherever that is, it will be a downgrade of a home hitting environment. Of course, everyone else is thinking that. So maybe he slips into bargain territory.

26. Yordan Álvarez, OF, HOU – He will do a fine job filling four categories in one of the best offenses in baseball. He qualifies in outfield this year, and he is only 24 years old with that grown-man power.

27. Brandon Woodruff, SP, MIL – His teammate Corbin Burnes will likely have a higher ADP come draft season, but I give Woodruff a slight edge with more career innings pitched under his belt. I think his floor is a bit higher than that of Burnes. The Brewers have really built something special with their pitcher development.

28. Corbin Burnes, SP, MIL – You could easily argue that Burnes should be the SP1 and a 1st round pick in fantasy. My risk aversion puts him at SP4, and my belief in the depth of top arms puts him in the 2nd round. But I believe fully in the skill set.

29. Max Scherzer , SP, FA – Mea culpa, Max. I was worried about your health, especially at your age, heading into this season. I drafted you on almost none of my teams. And you made me pay. But I was wrong. I am now a Scherzer believer. And 2022 looks like a lovely set-up for continued excellence in Chavez Ravine or elsewhere.

30. Xander Bogaerts, SS, BOS – He was one of the best hitters in baseball before a wrist injury in July sapped his power and forced him to make mechanical adjustments at the plate that have turned him into a shell of himself. But with a full offseason, I see no reason why he won’t return to form. One of the safest batting average + power bets in the game. 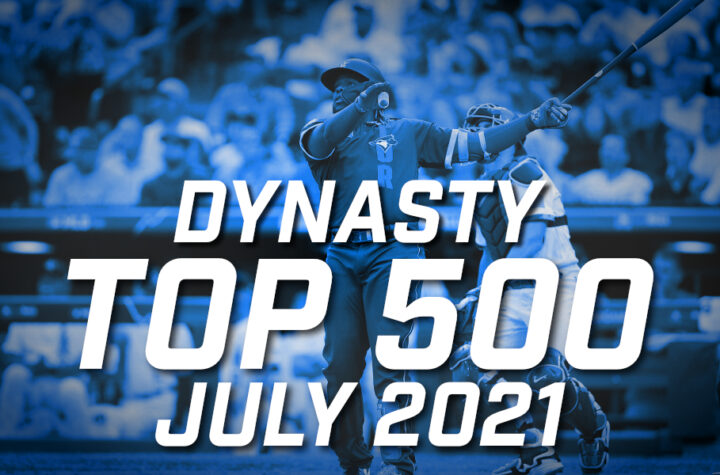 I'm going to start eating breakfast with Matthew Stafford as well to see if it can help improve my production.
View on Twitter
0
4

My teenage son's friends have started wearing them. https://t.co/HapoJE6EUz
View on Twitter
0
0

Saw this guy in a crowd celebrating Chelsea’s win today. Pretty sure Ted Lasso is going to be a damn popular Halloween costume. https://t.co/gy1yDeQD0U
View on Twitter 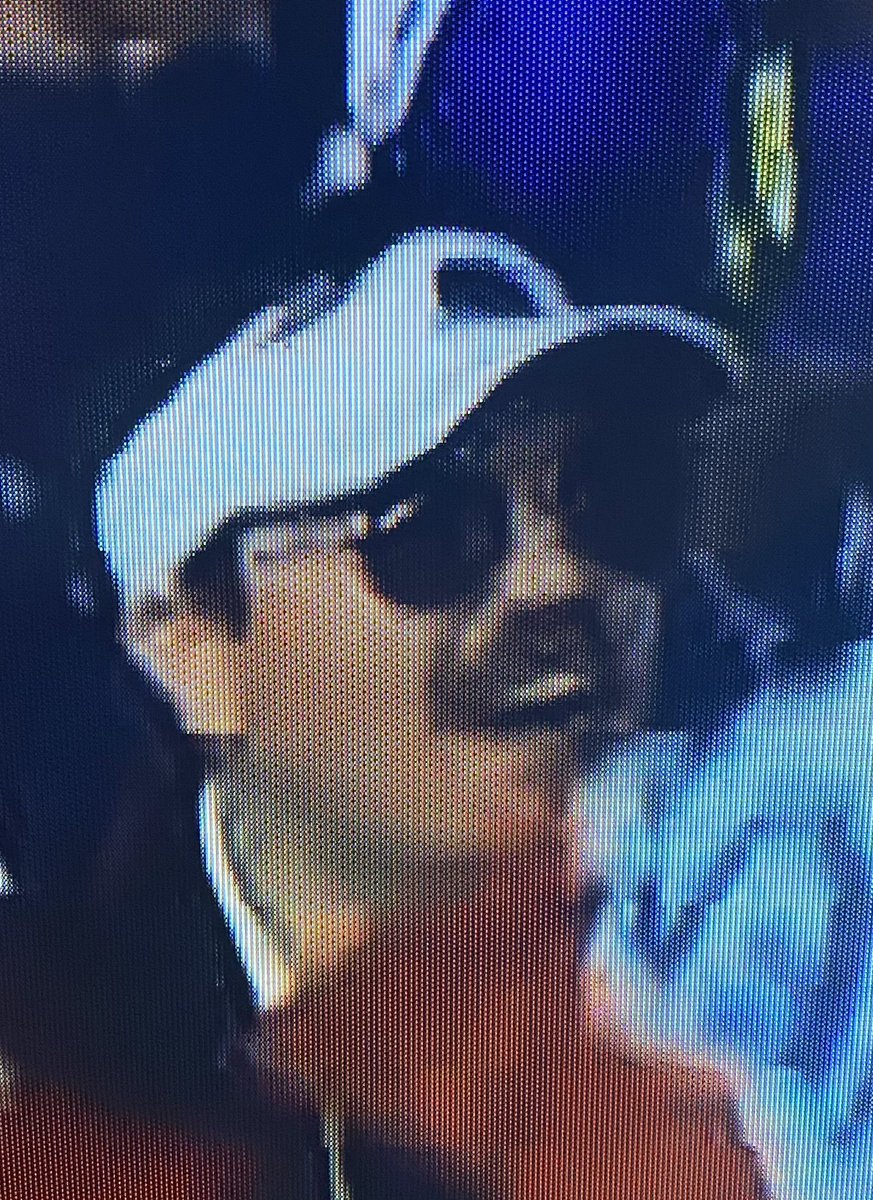 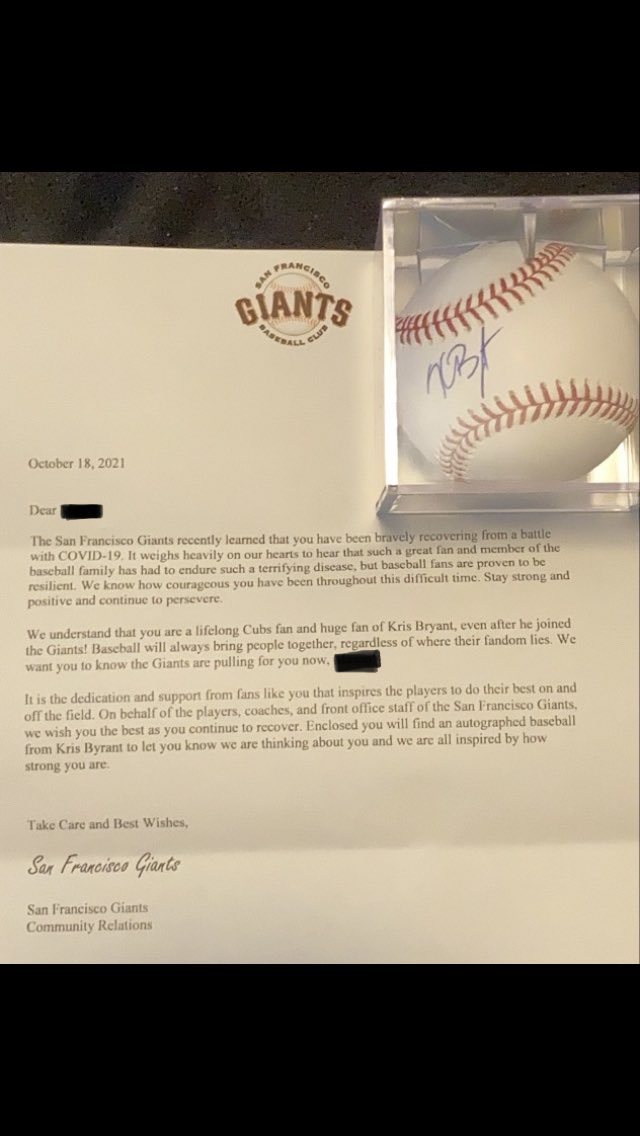