In a normal year (remember those?), we’d be at the beginning of May in the baseball season. And every fantasy baseball website in the land would be posting their obligatory “Don’t panic, it’s early” articles. You would be reminded of small sample sizes. You would be reading about which advanced metrics have yet to normalize. You’d be looking at lists of slow starters who should turn it around over the full season.

Alas, 2020 is nothing close to a normal year. In 2020, a month into the season means we’re halfway done. This is definitely not a marathon. And while you still shouldn’t panic, if you’re not actively engaged and strategic with your teams, you’ll be looking up at a lot of teams in the standings at season’s end.

So what should you be doing over the stretch run second half of the fantasy baseball season? Here are a few ways to navigate the chaos:

1. Analyze your roster and check for outliers – We all logically know 30 games isn’t a real half-season, but we can’t help ourselves. Is this hot start from a young player a breakout? Should you cut the scuffling veteran pitcher you drafted in the first 5 rounds? These are questions we ask ourselves every year, but we usually have a much larger sample size and more time before we are forced into a decision.

As someone who listens to a lot of fantasy baseball podcasts (it’s kind of in the name), I’ve heard many an instance where smart analysts – who normally would be cautious making significant decisions after a month of data instead recommended action on that same sample size. And who can blame them? This season means you have to act decisively. We’re all doing it.

But there’s still a lot of noise in the data. You can’t fool math. So how do you navigate these treacherous waters. How do you filter when the difference in counting stats is so small that if a speedy rookie gets called up, he could be on the stolen base leaderboard by the end of the week?

Just because there’s more randomness at this season’s midpoint than others doesn’t mean you can just stick your head in the sand and hope it all works out. You still need to look at your strengths and weaknesses and make adjustments in your roster to move up in the standings.

But instead of squinting too hard and trying to guess, look for the outliers who are significantly over- or under-producing expectations. For example, Matt Olson is crushing HR, RBI, and R. But as of this writing, his batting average is .169. His underlying stats don’t show any new red flags, and his BABIP is .151. In leagues where I need power, I targeted him in trades in the hopes that he regresses to a batting average closer to his projections, and gives me .230-.240 with massive counting stats in September.

On the flipside, 2020 marks the first time Franmil Reyes has been a four-category fantasy player, featuring a nifty .336 batting average. Look under the hood though, and that average doesn’t look sustainable. You’re not going to trade someone like Reyes, but you should anticipate lower production in batting average in September and figure out how you’re going to replace that.

2. Roster multi-eligible position players – COVID has shown us that, at any moment in time, an entire team (and whoever their opponents are) can be shut down. You cannot predict which team. And if you have avoided this problem to date, you have been very lucky.

I’ve always valued multi-eligible position players (or, as our friend Todd Zola has suggested: “MEPs”) more than the average fantasy player, and I advised everyone in earlier articles to pay up a round or a buck to get them this season, given the likelihood of game cancellations.

In 2020, when accumulating at-bats on your fantasy roster is more important than ever, these MEPs are incredibly helpful. Most of my rosters have at least three players who I can move around in my fantasy lineup as needed. Players like Andrés Giménez have prevented me from taking zeroes for the week when players pop up injured or games are canceled after FAAB runs. If you don’t have a player or two like this, try to find one that plays at least four days a week, and plug-and-play, or keep him on the bench for emergencies.

3. Use quality middle relievers in your rotation – It’s hard out there for a starting pitcher. The quick ramp-up, the crazy schedules, the lack of routines. Whatever the reasons are, it seems more difficult than ever to find 5-6 good starters each week for your fantasy rotation. Since closers are also a dumpster fire of a position filled with injury and implosion, middle relievers will often be your best bet. They’ll smooth out your ratios after a poor performance from one of you starters and chip in strikeouts to boost your total.

The wacky 2020 schedule has made them even more valuable with the slew of doubleheaders on the calendar, as they are more likely to pick up the spare win or save. Even better, if you hit on the right one, you might end up with a full-time closer if the incumbent suffers the same fate most closers have this year.

Target middle relievers with at least a strikeout per inning who don’t walk many batters. There are a number of useful middle relievers on the waiver wire even in 15-team leagues. And they’re basically free in FAAB.

4. Spend your FAAB, but keep the change – If you haven’t spent most of your FAAB by now, I’m not sure what you’re waiting for. Go hard after the players you want/need in the coming weeks, and don’t try to be cute about it. But keep a little change in your sock drawer for the last week in case you need to load your lineup to make a run in specific categories. You could feasibly gain precious points in a scoring period that end up making a difference in your end-of-season standings.

NOTE: This is a good time to remind you to know your rules. Many leagues allow for $0 bids in FAAB. If that’s the case, you don’t need to save anything (not even your dignity).

5. Grind it out til the end – Football draft season is in full effect and kickoff is less than two weeks away. Other distractions like late summer vacations and school starting up again will draw some fantasy managers’ attention elsewhere. Take full advantage.

So many things are outside of your control. But the one thing you can control is how much you are paying attention and maximizing your team’s potential.

The standings in fantasy leagues are still swinging wildly. A good or bad week can easily increase or decrease your point total by double digits. If you’re in the middle of the pack, you probably have a better chance to finish in the money – or even win it all – than you think.

Monitor who is being cut in your league every week to see if they can benefit your team. Make sure you have active players as much as possible. Don’t forget the players coming off the IL. With expanded rosters, taxi squads, tons of injuries, and a pandemic, players are moving on and off the injured list so quickly, it’s difficult to keep up. Even major baseball media outlets have struggled.

In a time when information is fast, furious, and often unclear, paying attention every day can make a huge difference. So get out there and H-U-S-T-L-E, hustle. 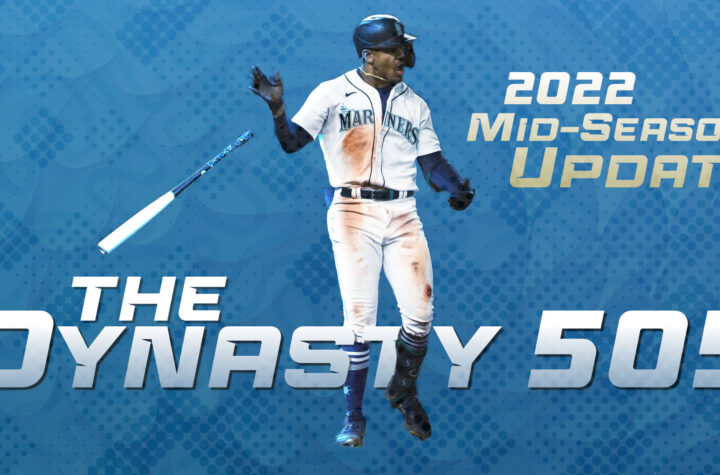 They are also undefeated when I hit a Homer. https://t.co/YAiQIwa8Pm
View on Twitter

Idea to speed up baseball:
If you swing and miss at a ball in the strike zone, the other team can pull out one of your toenails with a pair of rusty pliers. https://t.co/cNJB17QxMb
View on Twitter 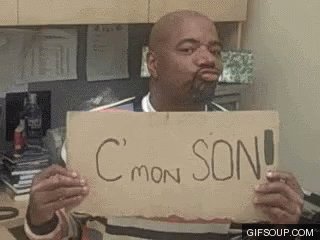 So happy for him and his mother, as they achieve their dream. The beauty of baseball and life. https://t.co/tiD3BOSwSe
View on Twitter

Wynton Bernard ( @SaintBerny36) is making his MLB debut with the @Rockies! https://t.co/Qh4bXCksjc