What a difference six or seven months makes! Back in October, I was reveling in finishing as the #1 overall team in the Pallazzo Podcast Invitational tournament. I beat out 59 other teams for the coveted trophy—playing against some of fantasy baseball’s very finest players. I was so excited, I even wrote an article about how I did it!

Now we are at the beginning of May, and my new team is not first, or second. No, at the time of this writing, it’s 75th out of 75 teams. Ouch!  How did I go from a stud to a moron in six months?…Or to put it another way, how do you go from first to worst? Pretty simple!

First, as I mentioned in my previous article, I got very lucky then. The little known fact about doing well in fantasy baseball is that luck plays a HUGE role in your success. Sure, analysis of players helps. Listening to the experts on podcasts helps. Knowing the game helps.

When it comes to drafting, you might think you’re a genius for assembling a terrific squad, but in reality, sometimes the gods are just smiling on you and your team. Last year, while I had some duds on my team, and various injuries that I had to overcome, there was just a “normal” amount of downtime. I was able to make up for flaws and injuries with tremendous output from players that I had on my bench, like Joey Votto, (pick 334), Hunter Renfroe (pick 387) and Carlos Rodón (who I got all the way down at pick 597).

Now, in 2022? Very unlucky! Our draft was a slow draft that began a little less than a month before Opening Day. This is a Draft Champions league on the NFBC platform, where you take 50 players in a 15 team league, and hold the players you drafted for the entire season. No adds, drops, or trades. If you took ‘em, you’re stuck with ‘em.

There are many strategies to employ in a DC. Some take two pitchers with their top two picks. Others take 7 or 8 pitchers out of their top 8 picks (now known as “the yellow brick road” – popularized by Dalton Del Don – since pitchers are denoted with the color yellow on the draft board). Others go offense heavy without taking any pitchers in the first 6 or 7 rounds. This year something new emerged in these draft and hold leagues—fantasy managers went “pocket closers” by taking Josh Hader and Liam Hendriks as their first two or three picks to make sure they had saves in the bag.

Me? I like a mixture of all these strategies. In this draft, I had the second pick and I went hitter/hitter before taking a pitcher (Trea Turner/Teoscar Hernández). For my first starting pitcher. I snagged Julio Urías of the LA Dodgers as my ace in the third round, at pick 32. So far, so OK. Julio hasn’t done great, but he’s not the reason my team is buried. Then, in succession when I grabbed a starting pitcher, I took Jack Flaherty (pick 92), Blake Snell (pick 119), and Mike Clevinger (pick 203) as starting pitchers 2, 3, and 4. Each one of those guys had a clean bill of health at the time the draft was held, but before the season began, or soon thereafter, each respectively ended up on the IL, some for a long time. None had thrown a single pitch as the calendar moved from April to May. I know there are those in the fantasy community who fade this pitcher or that pitcher because “there is so much injury risk with that guy, or the other guy.” But honestly, all starting pitchers carry injury risk.

When your aces go down, you still have options if you drafted well. However, almost by definition, you are replacing them with more questionable players. So Zack Plesac, Aaron Civale, Jose Urquidy and Jake Odorizzi found their way into my starting lineup in the first month. Sometimes with very poor results, leading to ruined ratios in WHIP and ERA.

If it was just pitchers hurt, that would be bad enough. But sadly, my offense has also been ravaged by injuries or illness, including COVID 19. Right now, my players on the IL include Teoscar, Eddie Rosario, Will Myers, LaMonte Wade, and Carter Kieboom. All of them were healthy when I drafted them.

Then there are other questionable guys I drafted like Trevor Bauer (taken as my SP7) who is suspended for two years, and Sixto Sánchez who I knew was hurt when I took him. No one to blame in those two cases but me for taking them when they were falling, falling, falling … sometimes players who appear as bargains are not!

I’d like to blame it all on injuries, but even in a bad hitting environment, this team is off to an incredibly horrendous start. Last in runs, second to last in home runs, almost last in RBI, and 14th in steals. Where is my crying emoji?

It’s not all disaster, I’m somewhat relieved to say. I drafted Kenley Jansen and Taylor Rogers, so I have two solid closers for saves. Dylan Floro (who is another IL pitcher) might end up making a contribution in saves as well. Trea Turner might start running and hitting home runs. One day. Brandon Lowe (pick 83) could hit 40 homers again. Teoscar should be back soon with his blend of power/speed.

Wait. Actually, come to think of it, when I drafted this team, I was excited about it. Why? Fantasy Pros gave me an A+ score! Yes, an A-plus for what might end up the worst team out of 75 fantasy squads! Haha. But it wasn’t just the experts at Fantasy Pros. The projections from RotoWire, a very reputable source for fantasy baseball, also liked this team, saying I should finish first in my league. Yes. First! So you can see how much projections are really worth!

What does all this add up to? Some would argue it’s too early to give up, and I haven’t. But a team that is this buried in the cellar after one month has very little cause for optimism. I’m 15th in my individual league with just 33 points (each of the 10 categories has a maximum of 15 points. So 33 is abysmal!) The leading team out of all 75 fantasy teams in the overall component has accumulated 631 points to lead the pack. My team? Way, way down underneath that, here in the rubble and debris, at a mere 137 points. If I go on a wicked hot streak, I might move up to 70th place!

So, what are the lessons we can take out of this early look at my “from first to worst” journey?

1) Draft knowing injuries will hit your team. They will. I did that, but there are only so many holes you can cover. My pitching was decimated, and that’s been hard to overcome.

2) Don’t give up. Keep grinding away. Keep looking at your matchups, and setting your lineups to maximize your plate appearances, and have your optimal starting pitcher matchups in place. Why? Because hope springs eternal.

3) Play in multiple leagues! These things happen where a team you drafted is a lemon, despite your best efforts. If it’s your only team, that can be devastating, and will have you pining for fantasy football by June. If you have other teams however, at least you can admire them (hopefully) and will still be in a race for a title, Somewhere.

There are still five months to go. I know. “Anything can happen.” But let’s face it. There is no way I’m winning the overall like I did last season. Still, just maybe, I can get out of cellar, and right up there into the middle of the pack.

That’s my “from first to worst story.” And let me tell you, with a wry smile, it’s embarrassing. It’s humiliating. Humbling. And downright deflating! And yet, somehow, I’m reminded of the famous quote from former Houston Astros pitcher Joaquín Andújar who once remarked, “My favorite word in the English language, and I love this word, is ‘You never know!’” 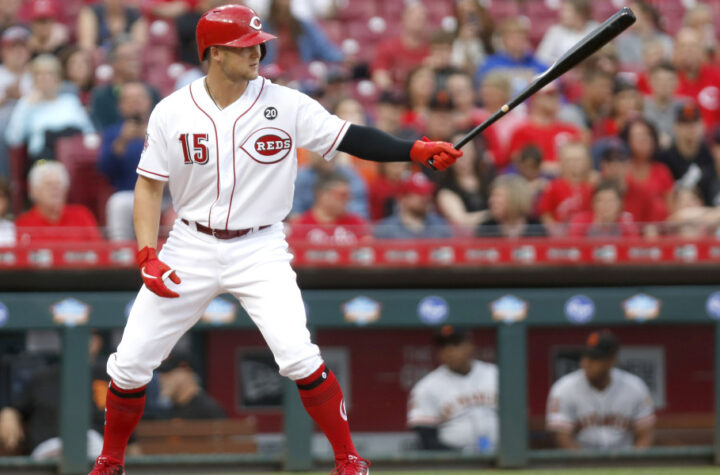