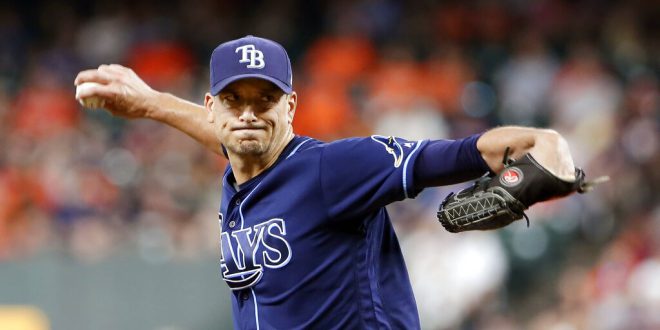 The good people of Bases Loaded invited me to participate in a short-season mock draft. I’m planning on drafting for real a few times between now and Opening Day, so I figured this would be a good opportunity to test some of my assumptions and strategies. This is a 15-team 5×5 roto format, and I landed the 11th spot in the draft.

My approach to the draft was to follow my own advice in the 10 Tips for the Sixty-Game Sprint published here last week. The general theme of the 2020 baseball season is chaos. Everyone is facing that. No one can predict who is going to miss time due to COVID. But given the inherent risks that all fantasy players have to navigate, I’m trying to limit additional risk by stacking well-rounded players who I feel have solid skills and lots of opportunity to rack up at-bats and innings pitched.

NOTE: This was a slow mock draft that started before summer camps opened, and we had no information on who had tested positive.

Let’s walk through the picks, and see what we can glean …

Francisco Lindor (1.11) – Lindor was my 10th ranked player going into the draft, which is a couple of spots lower than he was in March. With my priority on aces in a short season, I pushed Cole and deGrom above him, but they didn’t make it to pick 11. He’s a five tool player I’m happy to start with.

Justin Verlander (2.20) – Graybeard the First. Few have jumped higher in the rankings since March. He’s fully healthy, on a great team, and they don’t have to worry about the boobirds. I grabbed him before Clevinger and Bieber (whose schedules I love), but it was a close call.

Charlie Morton (3.41) – Graybeard the Second. His skills are elite. He doesn’t have to pitch a full season. And this might be his swan song. He’s now a top 10 fantasy starter, and my 2020 AL Cy Young pick.

Anthony Rizzo (4.50) – I like getting one of the top five or six first basemen this season. Rizzo’s one of the best at his position, steady as they come, and he might even steal a bag or two.

Ramón Laureano (5.71) – Five tool outfielder in the fifth round. Yes, please. I was tempted to draft Marcell Ozuna (slightly higher projection value) and Victor Robles (more speed and breakout potential) here, but stuck with my plan to draft the most complete player.

DJ LeMahieu (6.80) – I see no sign that he is going to precipitously decline, and he plays at five positions (1B, 2B, 3B, CI, MI) on my fantasy roster. Bumped him up a bit in this short season.

Marcell Ozuna (7.101) – Ozuna just kept on hanging out there in this draft, and I was surprised to see him still on the board when I had considered him two rounds earlier. Batting cleanup in Atlanta is a peach, and they’ll likely get his bat in the lineup every day with the DH. Plus, he chips in with the steals.

Eduardo Escobar (8.110) – I’m not his biggest supporter. In fact, I think this is the first time I’ve ever drafted him. But he’s an across the board producer who will likely bat third in a productive lineup, gives me more position eligibility, and likely swipes a handful.

Andrew Benintendi (9.131) – He was a fantasy heartbreaker in 2019, so he’s getting punished in drafts. But he’s only 25, and he should help in all five categories. If he leads off, people are very much overlooking his runs and steals.

Kyle Hendricks (10.140) – In an unpredictable chaotic 2020 baseball season, there’s something to be said for boring solid reliability in the middle of your rotation.

Byron Buxton (11.161) – Health is always the first question with Buxton, but I’ve bumped him up in the short season because he will have fewer opportunities to hurt himself. Skills-wise, if he stays where has has been and remains healthy, this is a steal. But he is still at an age where we regularly see significant skills growth. I was hoping to grab the steady Kenta Maeda here, but he went a few picks before. Sean Manaea was on the board, and very tempting, but I have no idea how Oakland is going to use all of their arms.

Elvis Andrus (12.170) – I had Elvis Andrus and Jean Segura as the most valuable bats on the board. This is an example of where I placed my bet on the floor of Andrus’ speed over Segura’s average (which I think is more subject to random variance over 60 games). I also considered a power bat like Khris Davis and a couple of closers here. But I’m going to stick with my guns and wait a little longer on saves while prioritizing across-the-board skill sets over sluggers.

Sean Doolittle (13.191) – He has the role on a team that will contend, and his brittleness is slightly less worrisome in 60 games. This is also a good season to draft players who you like rooting for, and he’s one of my favorites.

Joe Jiménez (14.200) – I’m higher on Jiménez than the crowd because I think he has better job security than other closers who have better numbers. I also see room for growth, and no reason for Detroit to ship him this season.

Nick Madrigal (15.221) – I’m surprised he lasted this long because a number of analysts (myself included) are pushing up players who can help you separate from the crowd in steals. He’s also not likely going to hurt my batting average, and he qualifies at both 2B and SS in this league. Note: I was able to draft Madrigal here because of the position flexibility I had baked in earlier with DJ LeMahieu and Eduardo Escobar.

Jon Berti (16.230) – Technically, he’s my 5th outfielder. But there will be plenty of solid generic outfielders later in the draft and on the waiver wire. He’s a super-sub (SS, 3B, CI, MI, OF) with speed on a team that figures to run.

Austin Hays (17.251) – We’re in the 17th round of a 15-teamer, and there are still plenty of power bats to choose from. I picked Hays, but was also considering Austin Riley and Miguel Andújar here. All three have the ability to push double-digit home runs with solid power. I went with Hays because he has the least competition for at-bats, and he might lead off for the Orioles. Like I said in my 10 Tips article: stack the at-bats.

Will “The Catcher” Smith (18.260) – I usually don’t end up with Smith, because someone else in my draft is betting on the breakout. That didn’t happen here, so I was happy to grab another power bat very late.

Alex Wood (19.281) – With a well-balanced offense full of multi-position flexibility in place, now begins the run of late arms to fill out my roster. I already have two aces, a steady vet, and a couple of cheap closers in my rotation. I’ll be filling out the remaining four pitching slots on the starting roster, as well as most of my bench, with pitchers who I think have an opportunity to thrive.

I’ll be attacking the bottom of my rotation with volume. I’m playing match-ups week-to-week, and plan on grinding hard with FAAB. More than ever, in this 60-game sprint, the non-elite pitchers are where I think the most volatility lies. So I’ve intentionally built my roster so that my investment in these players is the lowest, and I can churn until I find the right arms.

Wood is a highly-skilled pitcher with an overstated injury reputation. He pitches for one of the best teams in baseball, and I own him everywhere this year.

Yonny Chirinos (20.290) – I trust the Rays to know what to do with pitching more than any other team. Chirinos has solid ratios, and has shown the flexibility to perform well in a number of different roles. He was built for this season. I picked him over Dustin May, which was a tough decision because I love May’s talent and the Dodgers. In a full season format, May would have been the easy choice here. In the end, I went with the more established arm.

Austin Voth (21.311) – Out of minor league options and looks set up to step into the Nationals rotation. He helped me down the stretch last year (albeit out-pitching his peripherals), but he has the potential to be be a useful rotation piece. When three analysts I respect – each with very different approaches (Eno Sarris, Gene McCaffrey and @MLBMovingAvg) all have him as a sleeper, I bump him up.

Elieser Hernández (22.320) – The ERA was an eyesore, but given how much he limited hard contact and exit velocity, there’s a lot of raw potential here. His home run rate should regress (in a good way), and according to Dave Funnell at Rotofanatic, his slider and changeup both produced great results last year.

Nick Solak (23.341) – I wanted one bat for my bench, and was hoping a power bat like Jonathan Schoop would fall. But I’m happy with Solak who showed he could chip in offensively across the board last year. He’s set to receive regular at-bats in Texas, and while he’s a U-only to start the season, he may end up being a MEP.

Forrest Whitley (25.371) – He’s my #2-rated pitching prospect behind Mackenzie Gore. If the Astros decide to give him a role, his price will shoot up. Otherwise, he’ll be an easy cut.

Tony Gonsolin (26.380) – I was targeting him in early drafts, and continue to do so in “redraft season”. He’s a good arm on a great team. And he could find value in the rotation or in a long-relief role in the short season.

Daniel Ponce de Leon (27.401) – Cory Ott has written the definitive piece on Ponce de Leon. But I’ve been targeting him since before Cory made it cool.

Collin McHugh (28.410) – Probably starting off as a swingman for the Sawx, but there will be as many innings as he can handle in Boston this year given the sad state of their pitching.

So what are the takeaways from this mock draft?

1. I liked the way my starting pitching strategy played out. I’ve got aces at the top, volume at the bottom, and Kyle Hendricks to provide some stability in the middle. If Maeda had fallen to me in Round 11, I’d be ecstatic. But the strategy worked well.

2. In retrospect, I think I should have drafted a closer I like a round or two earlier. Someone like Hansel Robles or Héctor Neris instead of Doolittle would make me feel a lot better.

3. The offense is well-balanced and stacked with players who should get full-time at-bats hitting in good lineup spots. It wasn’t until Round 15 that I took a player with any significant question mark (Nick Madrigal). If anything, I might be a little light on power, but that was by design. I’m of the belief that – between the hot temperature and the bouncy ball and the NL DH – there will be plenty of homers out there. Some random players on the free agent wire like Rowdy Tellez or Brad Miller are going to be contending for the home run or RBI title this season.

I hope this mock draft gives you a window into how your 60-game draft in the next couple of weeks might look, and provides you with some ideas on how to approach the inherent chaos we’re all facing in 2020. 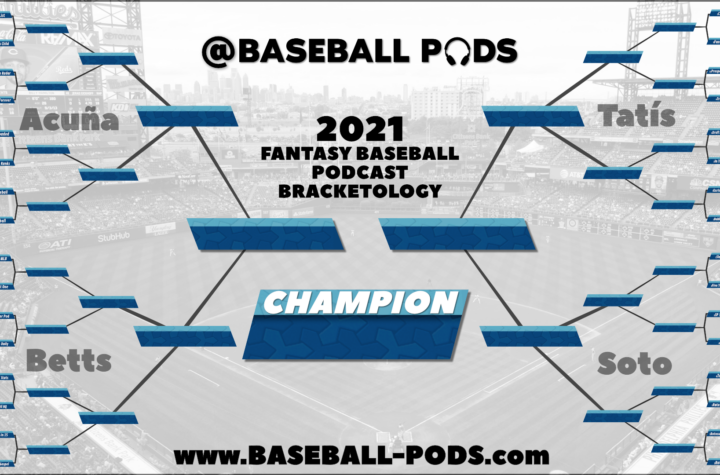 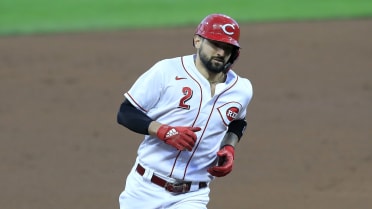 Five Guys … who could get dinged by the deadball 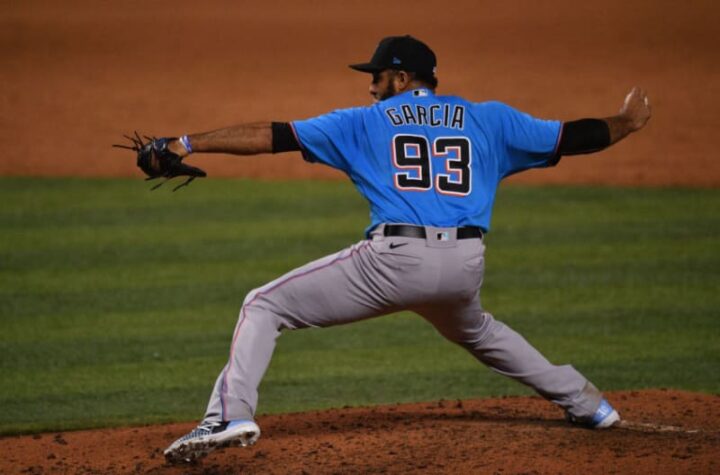 Five Guys … who aren’t closers, but might be closers. 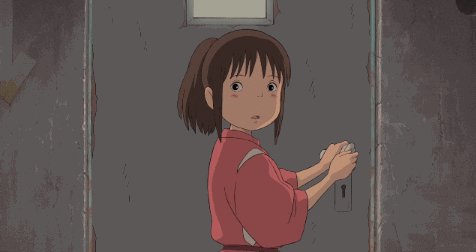 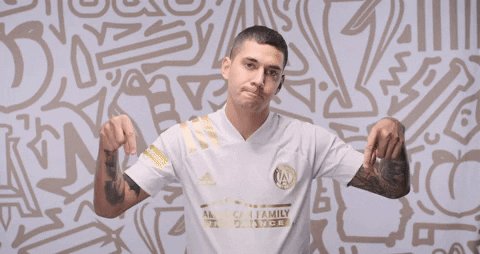 The 1st round of the 2021 Fantasy Baseball Podcast Bracketology has ended.

Thanks to those who who listened to these great podcasts & participated.

Round 2 begins Monday. Please remember this is in the spirit of promoting our wonderful community. https://t.co/49mMjJ6lcl
View on Twitter 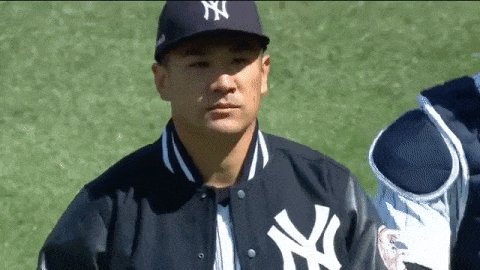 Dayum! The @TGFBI KDS gods are rough on rookies.